7+ Cities: Skylines Tips to Make You a Better City Planner

Starting a city from starch or struggling to get your town into metropolis status? ? These Cities: Skylines tips will make you a better city planner and will help you make the perfect city. The Cities Skylines tips are:

Let’s go over each Cities: Skylines tip to see why each of these are important and how they help you get better at Cities Skylines and build the perfect city.

Note: I’m pretty sure you do not need any DLCs to follow these tips, but if you are curious, I have the After Dark DLC, which you can get at Humble Bundle for Steam, (and help charity at the same time!!), or use a gift card for Xbox from Eneba ($18.51 at the time of writing for a $20 card.) The PS4 addition came with the DLC.

(Some of the topics mentioned in this post are in the video below along with some other points. You can watch this if you like a visual representation or skip past it and continue below for the rest of the post.)

1. Have a Proper Road Structure Road Structure is important even at the beginning. If your entrance into your city from the highway is basic and small, eventually the entrance, exit, and the highway will be clogged from outside and inside traffic. In the beginning, use a roundabout to evenly dispute traffic.

In fact, it is generally a good idea to use roundabouts in areas that have busier traffic, mainly busy junctions. Roundabouts generally allow traffic to flow better than the basic junctions. However, sometimes, basic roundabouts are not enough but you can add dual entry and exit points to improve the flow, and do not forget to make the roundabout the priority road.

If you need proof that roundabouts do work, check out Biffa’s YouTube video where he replaces every junction in a city with roundabouts.

Also, make sure your intersections are not too close to another. If they are, it will slow down traffic. Think about it, do you like having to go through a traffic light after waiting for 5 minutes, just to be stopped at another one 30 seconds later? Your citizens don’t either and it clogs traffic.

A great way to avoid this, besides using roundabouts, is not building with the grid. Shapes like squares and rectangles tend to have more intersections. Using irregular shapes when placing roads will make the town look more appealing with fewer traffic problems.

(It seems like there were a few mini Cities: Skyline tips with that tip huh? Well, the more tips, the merrier. Also, if you want to learn more about road layouts and road hierarchy check out the “How to Start an Awesome Cities Skylines City” post.)

2. Have More Than One Entrance to Your Sections/Districts

If there is only one entrance/exit to your district, your traffic will start clogging up because the cars have no choice where to go. Even residents have to drive to work so they need a way to leave their residential area and enter the commercial or industrial districts. If there is only one way to go, they will have to compete with outside traffic, like delivery trucks, in order to reach work. Not only that, more than likely, your outside traffic is coming from more than one source.

All that equals chaos with just one entrance. To equalize the traffic flow, you need to add another entrance/exit. That will give your traffic more than one way to reach their destination and depending on your placement of the entrances/exits, they should begin to use them.

3. Have A Proper Public Transportation Structure

Spamming public transport everywhere isn’t the way to go. For example, if you make a metro station stop every few junctions in your city, it will take forever for the people to reach their destination. That will be costly and inefficient because each stop costs money and upkeep and each stop will only have a few people due to the large choices of stops. However, if you have a few stops here and there, more people will be gathered at that one-stop, earning that stop more money.

Another thing you need to think about is the destinations. Where do the people want to go? For residents, they will want to go to work either in the commercial or industrial districts and back home. For tourists, they want to go to landmarks, leisure spots, and the tourist district.  Another question is where do these tourists come from?

Make the lines exactly the same way. Separating the two lines will let the metros flow a little easier and reduce the waiting time for the tourists. After that, place taxi stands at sites near landmarks and leisure activities within the tourist district since tourists prefer the taxis.

You can use the same mindset with the other districts but with buses replacing the taxis. Place a metro station in a residential district, commercial, and an industrial district and try to keep them horizontally aligned if you can. Make the tunnel loop through all of the stations and do the same thing with the metro line.

Repeat this for all three stations but go vertically this time, it’s okay if you put the metro stations in the same districts but do it far enough away from the first districts.  Then repeat the steps for the new station but horizontally. If you did it right the metro station tunnels will look like a grip but no line stops at all the stations. This is to reduce wait time, metro traffic clogging and actually make the people have to go through more than one stop if they need to go to the other side of the city, thus making you money.

Repeat this with the bus stops and you should be done. (Whew, I hope I didn’t fry your brain with all these mini tips inside of these Cities Skylines tips. Tips, tips everywhere.)

4. Do Not Put Public Stops Too Close To Intersections

Putting bus stops near intersections can cause traffic backup which can lead to clogged traffic throughout your city especially if you have several buses using that stop. If the buses are close together and one bus is already using that stop the other buses will wait until their turn and thus hold up traffic.

If you still need help with the public transportation issue, you may want to invest in the mass transit DLC, which will allow you to have blimps, ferries and better transportation hubs. You get it from Humble Bundle for Steam (and help charity!!), or again use gift cards for the console version from Eneba.

Higher land value means higher income from taxes and the ability for your zone buildings to upgrade.  Sometimes, it can make a difference between gaining a profit and being in the hole. High land value is very important, especially early in the game.

Using the waterfront can also greatly improve the land value as well. Citizens enjoy the view so make sure to place homes on the edge of the water. Also, keeping traffic low also helps keep the land value high.

Make sure to delete abandoned buildings as they decrease land value. Keep these mini Cities Skylines tips in mind and you will have high land value.

Using policies can greatly impact your city if used correctly. Some policies are best used for the whole city, while others are best used in some districts. They can help regulate traffic, increase land value, increase the efficiencies of the services, and more. I’ll give you the lowdown on what I use in my cities.

These policies are what I use for the whole city:

These policies are what I use for my residential districts:

7. Do not Pause Unless You Really Need To

My husband tends to pause when he is doing anything on this simulation game. I don’t. He saw my save one day and asked me “How do you have that much money??”

If you are in the green and making money, do not pause the game! You can make money while you are building roads, planning districts, fixing traffic, etc. If you keep pausing while doing these things it will take a whole lot longer to earn money.

That’s All The Cities: Skylines Tips in a Nutshell

If you read all the major and mini Cities Skylines tips in this post and apply them you will be better at the game, solve more problems and earn more money. To learn even more tips check out, “How to Start an Awesome Cities Skylines City”.

Just for a recap, the tips were:

If you found this information helpful, please share it with your friends, and don’t forget to subscribe for updates and I’ll see you next time. 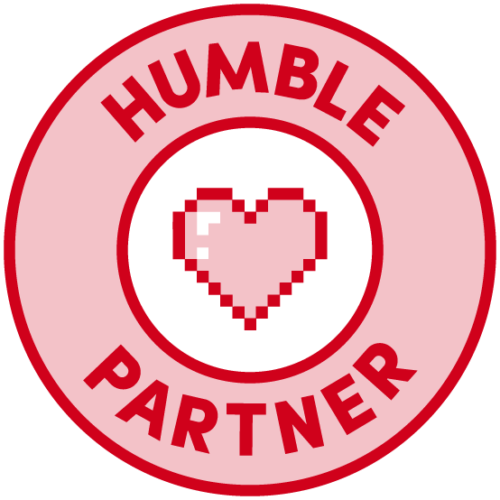